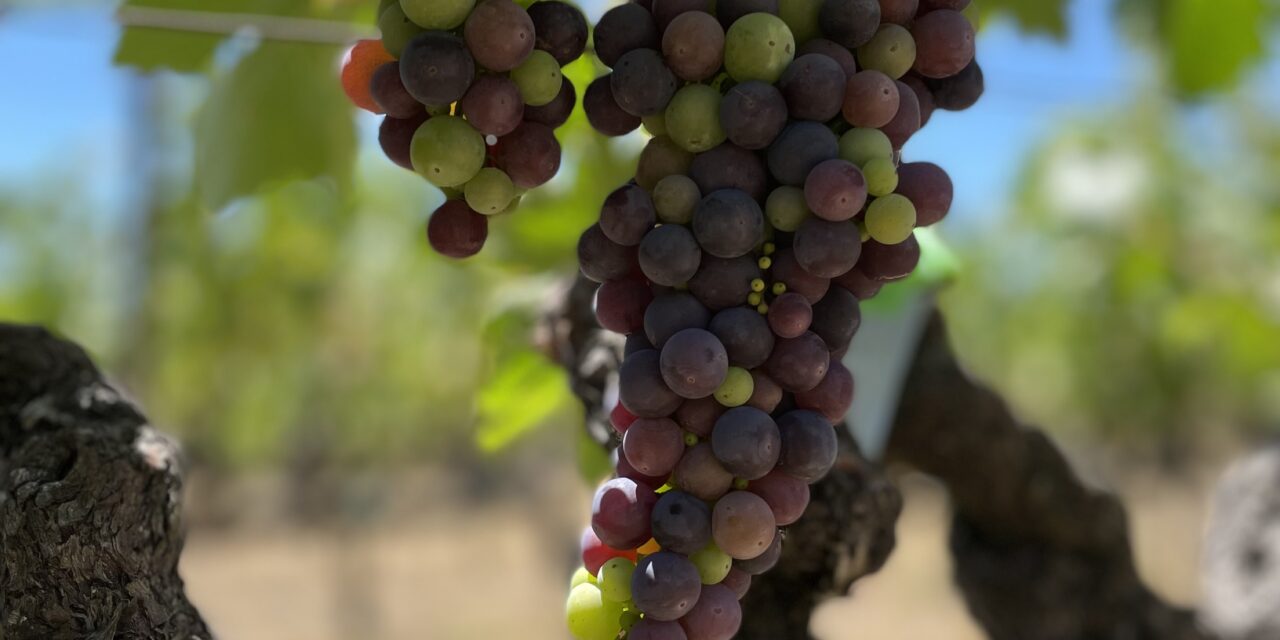 As part of our Year in the Vineyard series, writer Connor Swanson explores one of the more interesting seasons in the viticultural calendar. Read on, if you’ve ever looked at a grapevine and wondered: Why do grapes change color?!

Véraison (pronounced “verr-ray-zohn”) is seen by many viticulturists as the most important stage in a wine grape’s life cycle. Now that the process is complete here in Napa, we can finally talk a little bit about what véraison actually is! (Superstition is as widespread in wine country as gambling or professional sports… perhaps more so, even.)

Véraison refers to the change of color in the grape. All grapes start green (even those that go into red wine), but during véraison, they will begin to soften and turn color – a deep purple for cabernet sauvignon, ruby red for pinot noir, or a pale gold for white grape varieties like chardonnay. Once the grapes final color is set, the berry is considered physiologically mature (meaning its seeds can propagate new life) yet not quite ripe (either physiologically or phenologically) and certainly not ready to be harvested.

Véraison also signals a shift in focus for the grapevine from creating growth and energy (through photosynthesis) to consuming that energy to increase the sugar content of the grapes. For red grapes, energy is also directed into the production of anthocyanins and polyphenols. The anthocyanins give the red grapes their color, which serves as a sunblock and general protectant of the berries and their prized juice within, while the polyphenols are the building blocks of flavor. Flavorless grapes make flavorless wines. Conventional wisdom holds that once you move through véraison, harvest is 30-60 days away (growers typically want it closer to 30, while winemakers typically drag things closer to 60.) They both have their reasons, and the annual “dance” regarding when to pick is one of the most entertaining aspects of harvest, in my opinion.

For grape growers though, véraison is a time for celebration…the end of their busy season, that started all the way back in mid-January with pruning, is close at hand. Kara Maraden, Director of Viticulture at Foley Family Farms and co-proprietor of Fine Disregard Wine Co., puts it like this:

“Veraison is the time to get excited… the vineyard has come into fruition, the berries are softening and 85% of my job is done. Now to hand it off to winemaking, and hopefully, in about 45 days from véraison’s completion, they don’t muck it up.”

Her partner in Fine Disregard, Mike Scheiffer, is the winemaking yin to her yang. He also serves as the assistant winemaker at Turley Vineyards & Winery– specializing in vineyards throughout the Golden State. His take on véraison comes from a decidedly different perspective.

“Now that véraison is fully through, my chief concern is watching the weather. 2022 is a small crop and will likely be an early harvest with a quicker than average end to the growing season. With the berries softened, it’s time to start tasting samples and keeping an eye on sugars. Wrapping up bottling as soon as possible in order to focus on the harvest that has already begun.”

In this way, you can think of véraison as the passing of the baton from the vineyard team to the production team. As one side winds down and starts looking to the next vintage, the other is ramping up, preparing for the long sprint through harvest in the Napa Valley. The hope is that the weather remains warm, but without any prolonged heat spikes that can damage the fruit and wreak havoc on the flavor profiles. Napa’s classically cool evenings and foggy mornings help to preserve the acid levels from dropping off too much… a key factor in the region’s ability to balance their powerful wines with elegance and grace. As ever with farming, Mother Nature has her say, and the teams work diligently to either embrace (hopefully) or minimize her choices.

Stay tuned for our next update in our Year in the Vineyard series: Harvest. 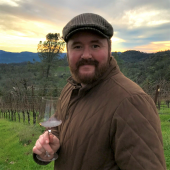 Connor is a classically trained chef burnt to bits after years in the fine dining kitchens of Napa Valley. Turning to wine to extend his Napa dreams a while longer, he talked his way into wine production and hospitality roles at some of Napa’s greatest wineries before remembering he once received a degree in Literature & Creative Writing. 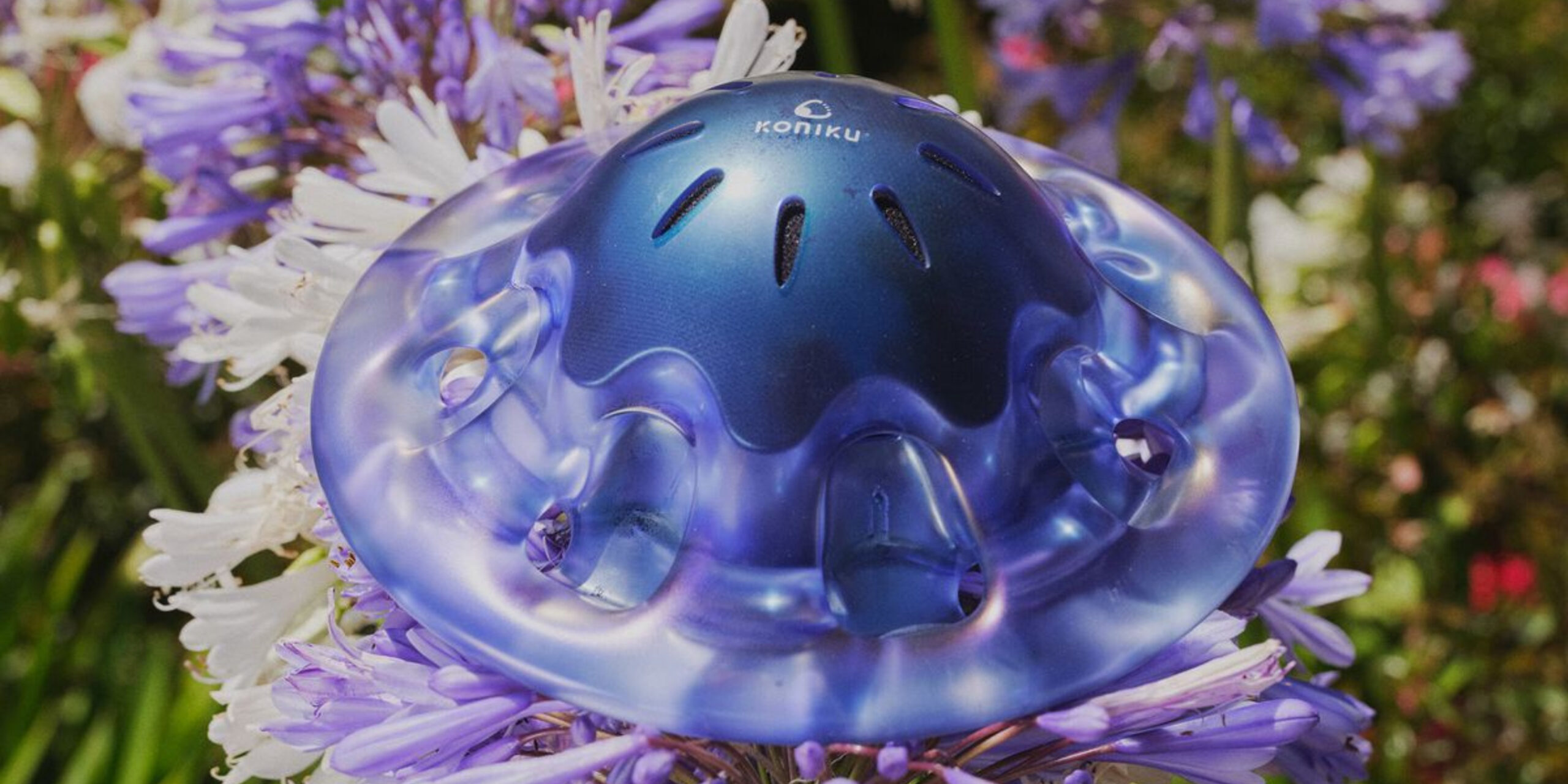 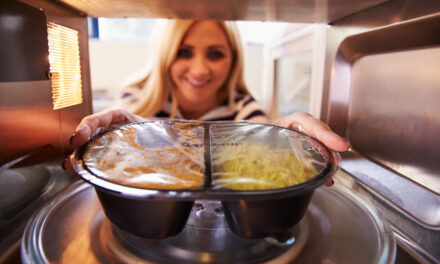 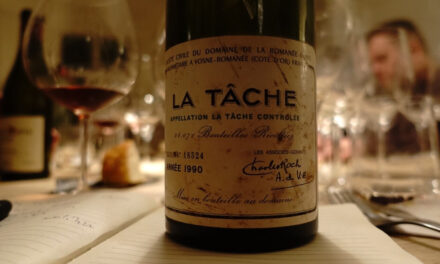 “No Great Wines, Only Great Bottles” 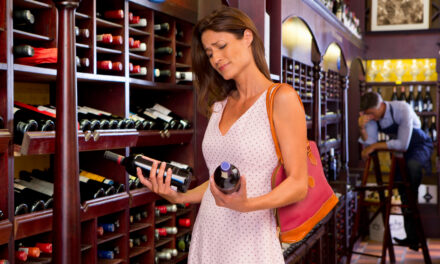 Organic vs Biodynamic vs Natural

Tell us your favorite dad joke in the comments, an

We LOVE when @ericsolomonselections comes out to t